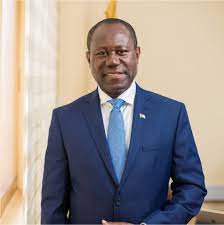 Information on the desk of The Anchor indicates that the Chief Executive Officer (CEO) of the Ghana Cocoa Board, Joseph Boahen Aidoo, has allegedly rejected plans to reassign him to the Agriculture Ministry as the substantive minister.

According to sources, Mr. Aidoo, who is a former Member of Parliament (MP) for the Amenfi East constituency in the Western Region, declined the offer when he was contacted as a suitable replacement for Dr. Owusu Afriyie Akoto, the immediate past minister, who resigned recently to pursue his presidential ambition.

Deep-throat sources within the corridors of power have hinted The Anchor, the 65-year-old allegedly pleaded with the appointing authority that he is not interested in the top job, which would have been an elevation, as COCOBOD, which he currently heads, is an agency under the ministry.

Mr. Aidoo, this paper gathered, told the appointing powers that he is comfortable at where he is currently stationed.

The former MP, who is from a rural area, has been the CEO of COCOBOD since 2017, when this government assumed office.

Under his watch, the board has chalked some successes, including the annual increase in cocoa price, the introduction of guaranteed producer price mechanism and increases in cocoa production.

Notwithstanding the successes, COCOBOD has also incurred some unprecedented debts approximating some GH¢12.30billion as of September 2020 – which emanated from short-term cocoa loans of about GH¢8.49billion, accounting for 69.02 percent of total debts.

At a Public Lecture & Media Launch for the 2022 National Cocoa Day celebrations at the University of Professional Studies (UPS-A), Mr. Aidoo said the significant debt amount had come about as a result of the impact of COVID-19.

But some say, his rejection of the ministerial job has come as no surprise to them because COCOBOD is one of the most sought-after state agency in the country.

In his stead, two names have popped up as possible individuals, likely to man the ministry.

The names of the immediate past General Secretary of the New Patriotic Party (NPP), John Boadu, and the MP for Abetifi and ex-Minister of State for National Security, Bryan Acheampong, have also been rumoured as possible replacement.

Insiders told The Anchor, the COCOBOD boss is not the only one said to have rejected the looming ministerial reshuffle as the Member of Parliament for the Adansi Asokwa constituency, Kobina Tahir Hammond, has also turned down President Akufo-Addo’s request to join his government.

It is unclear what the MP’s official reason for the clear rejection of the appointment is, one that many are dying to accept.

But deep-throat sources have told this paper that KT Hammond, as he is affectionately called, has made it clear he is uninterested in the appointment.

According to this paper’s sources close to the MP, the senior parliamentarian has been unhappy with the President’s snub since the inception of the administration.

Sources say the 62-year-old had over the past six years looked forward to be assigned a major role in the New Patriotic Party (NPP) government, but to no avail.

On Monday, The Anchor published that the lawmaker of many years was penciled down for a ministerial appointment, in the last minutes of the government.

He was expected to go to the Energy Ministry where he had served as a deputy in the erstwhile John Kufuor administration.

Even though he has remained quiet without coming out publicly to express his anger, he has allegedly expressed his disappointment to close associates and families.

It therefore does not surprise many, who are aware of his past concerns, his rejection of the “injury time” appointment.

Meanwhile earlier, Joy FM’s Elton John Brobbey had hinted that the MP-cum-lawyer was being spoken to ahead of the impending ministerial reshuffle.

Elton, who is also a Presidential correspondent, had said that, the government was having it tough to convince him to take up the appointment as he was dragging his feet.

Adding to the chorus is Citi FM’s Richard Dela Sky, who disclosed on the station’s morning show, the Citi Breakfast Show (CBS), that there was no way the MP was going to accept the post.

Citing no reason, Sky, who is a former Parliamentary correspondent and good friend of the MP, was convinced it would be almost impossible for his friend, to come into government at this time.

He told host, Bernard Avle, yesterday, Monday January 16, that “I can tell you, he will not take the appointment.”

Mr. Hammond was allegedly being rewarded for his immense role as co-chair of the Parliament’s ad hoc committee that sought to investigate the censure motion initiated by the Minority in Parliament against the finance minister, Ken Ofori-Atta.

According to reports, the government, especially President Akufo-Addo, was impressed by the loquacious MP’s defence of the finance minister, who was being targeted by the MPs for his removal.

Meanwhile, several other names which have popped up for possible consideration in the impending reshuffle still remain.

The likes of MP for Nhyiaeso, Stephen Amoah, who has been tipped as Minister of Finance at the Finance Ministry, will still hold. 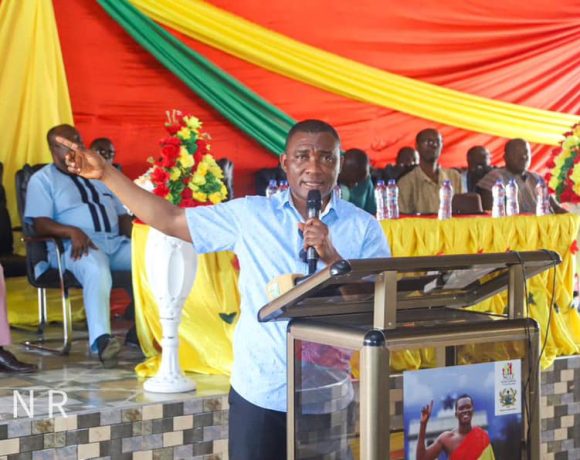 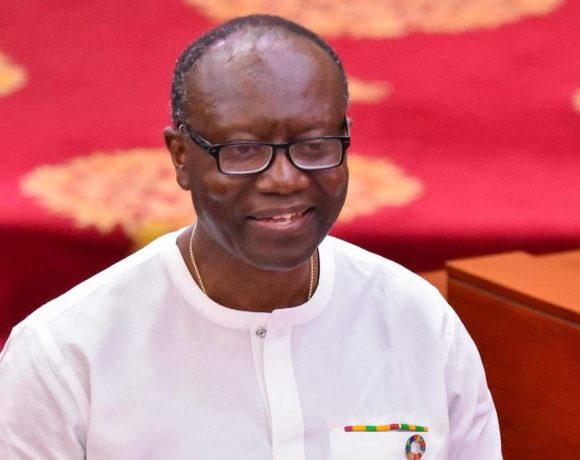 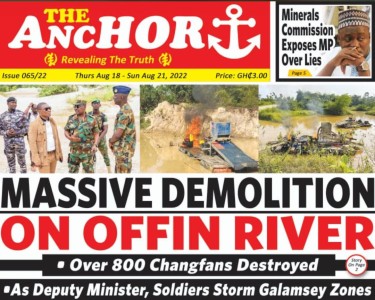