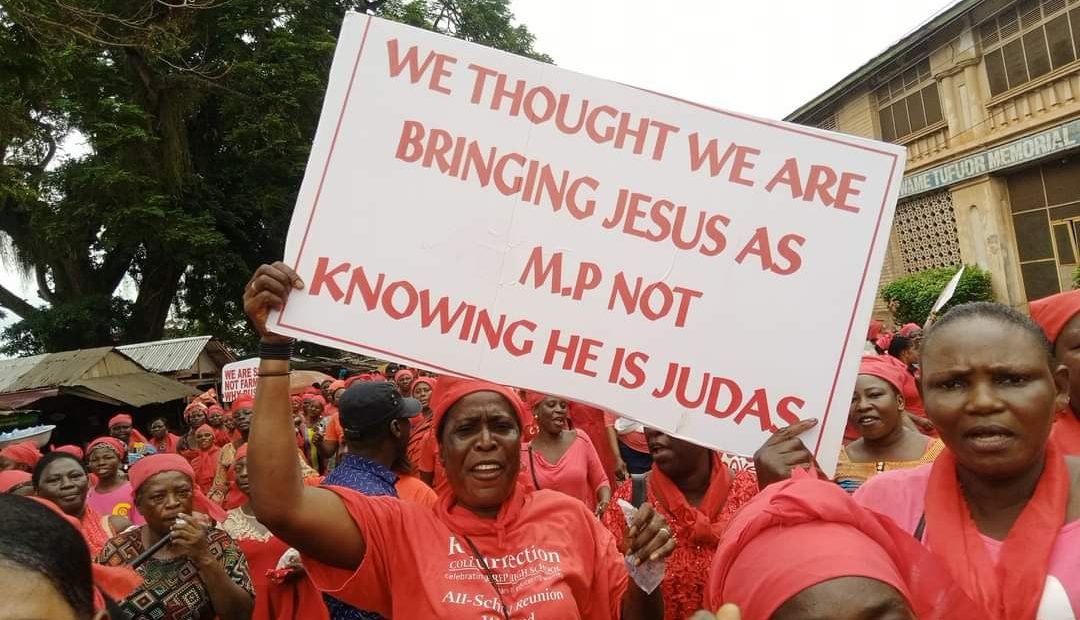 Angry market women at Akyem Oda in the Birim Central Municipality of the Eastern Region, are calling for a full-scale investigation into Gh₵4.2million disbursement meant for victims of the September 13, 2021, Oda market fire.

The traders, who embarked on a demonstration on Thursday, August 11, 2022, alleged that part of the funds was diverted to party members in the constituency, who were not victims of the disaster.

This has been emphasized on a placard by one of the market women, saying “the money is for market people, not your followers”.

“We call on these institutions (BNI, EOCO and Special Prosecutor) to investigate MASLOC and Ghana Enterprise Agency, with respect to the disbursement of funds meant for affected market women, which the majority of us did not receive [such funds] till date,” the traders stated in a petition.

Subsequent to President Akufo Addo’s directives during a visit to the ravaged Akyem Oda Central Market, in October 2021, the Ghana Enterprises Agency (GEA) disbursed Gh₵3,161,500 to about 600 victims of the Akyem Oda Market fire.

The amount came a month after Microfinance and Small Loan Center (MASLOC) disbursed about one- million cedis to the victims.

However, the angry market women are raising allegations of corruption in the disbursement process.

The demonstrators clad in red, therefore, took over the principal streets of Oda to express their displeasure on issues relating to their welfare, including an attempt by the municipal assembly to relocate them to an outskirt of the town.

They also mentioned the slow pace of reconstruction of the burnt Akyem Oda Market and the lack of developmental projects, in general, in the Constituency.

The displaced market women said the Member of Parliament for the area, Alexander Akwasi Acquah and the Municipal Chief Executive, Victoria Adu, are not doing enough to facilitate the reconstruction of the burnt market.

As part of the protest, the market women refused to sell their food items to buyers, which created discomfort among consumers. 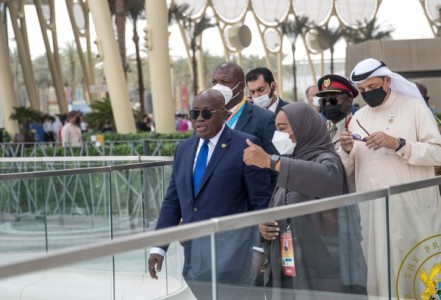 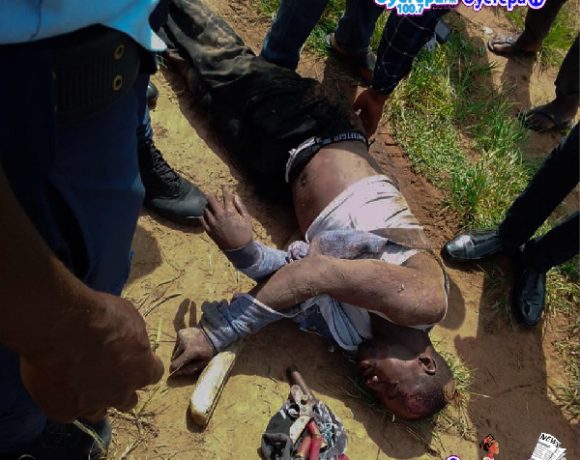 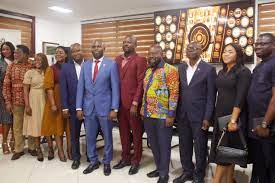