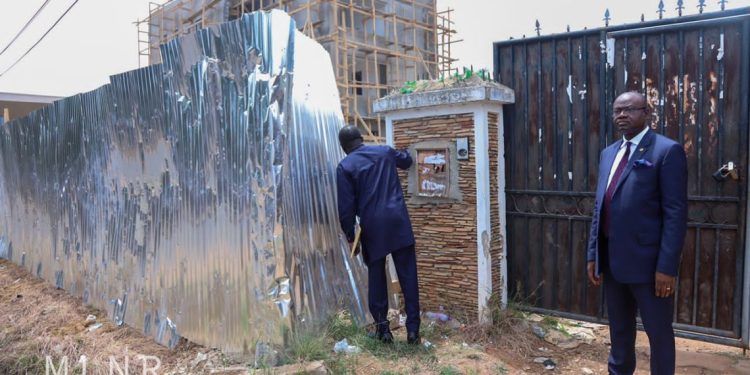 The Ministry of Lands and Natural Resources has directed that there should be ‘no further developments” on the land housing the demolished Bulgarian Embassy in Accra pending the final determination of legal matters.

The Ministry says “for the avoidance of doubt, no person or entity is to carry out any development on the said land until the conclusion of the said court cases.”

It said there are pending court cases and that the Lands Commission should ensure that there is no further development of the land pending the outcome of the cases.

The Ministry is giving the orders on the back of its release of portions of the Sole Inquirer’s Report into the matter.

The Bulgarian Embassy, located at Kakramadu Road, Plot No. 10, East Cantonments in Accra, was partly demolished by a so-called private developer in 2017.

The Lands Commission ordered the developer to stop work on a redevelopment project on the site, but work has since been progressing.

The Bulgarian Ambassador to Ghana and Nigeria, Yanko Yordanov, has accused the Ghanaian government of breaching the Vienna Convention on Diplomatic Relations.

He warned of far-reaching implications on diplomatic relationships with Ghana due to the demolition of a facility on the premises of its Embassy in Accra.

Yanko Yordanov, who is worried about the turn of events, called on the government of Ghana to as a matter of urgency ensure that the protocols of the Vienna Convention on Diplomatic Relations are respected.

The Sole Inquirer who looked into the demolition of the structure at the Bulgarian Embassy recommended the sanctioning of the supposed private developer who caused the destruction of the Embassy’s building.

The developer is also been directed to pay compensation to affected persons in the destruction.

The private developer, Jojo Hagan, is said to have taken over as the Executor of the Will of one Mr. Leighton and vested the property in the named beneficiaries of the Will while pursuing the cases at the Court.

He also obtained judgment for the eviction of the occupants whom he described as trespassers and an order to demolish the property which he described as unfit for human habitation, at the Circuit Court, Accra.

His action of evicting the trespassers and also causing the demolition of the property according to the report did not “follow due process”.

This, the Sole Inquirer, finds wrong and recommends that Mr. Hagan must be allowed to face the law.

“Mr. Jojo Hagan should be sanctioned for not following due process in the eviction of the alleged trespassers and the demolition of the building and should be made to compensate the Bulgarian Embassy”, part of the report read.

The Sole Inquirer also recommended that since the title to the land has not been determined by the Courts, it is advised that the government should intervene in finding an amicable solution to this matter.

It added that it has begun taking the necessary steps to implement the recommendations of the Sole Inquirer.

The Ministry also says, it has decided to do the following in addition:

“Mr. Jojo Hagan should be sanctioned for not following due process in the eviction of the alleged trespassers and the demolition of the building and should be made to compensate the Bulgarian Embassy”.

Find below the report released by the Ministry. 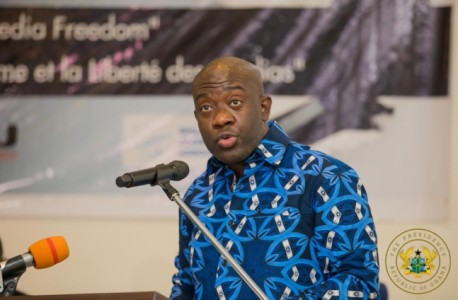 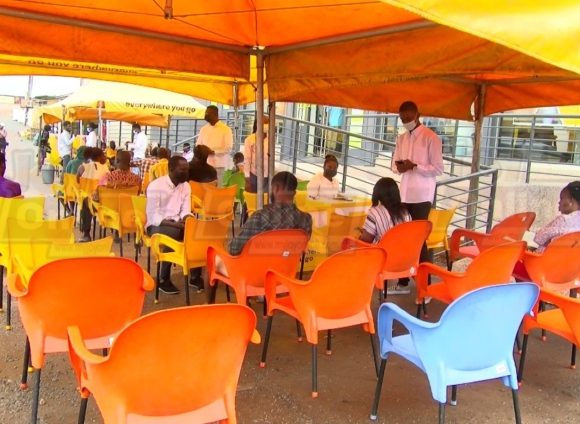 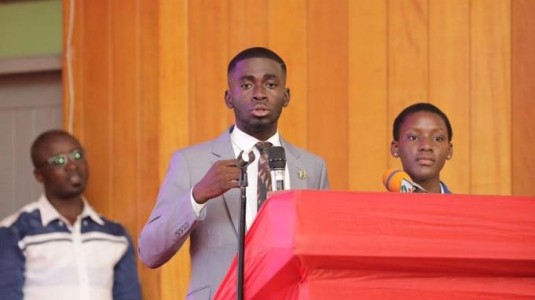