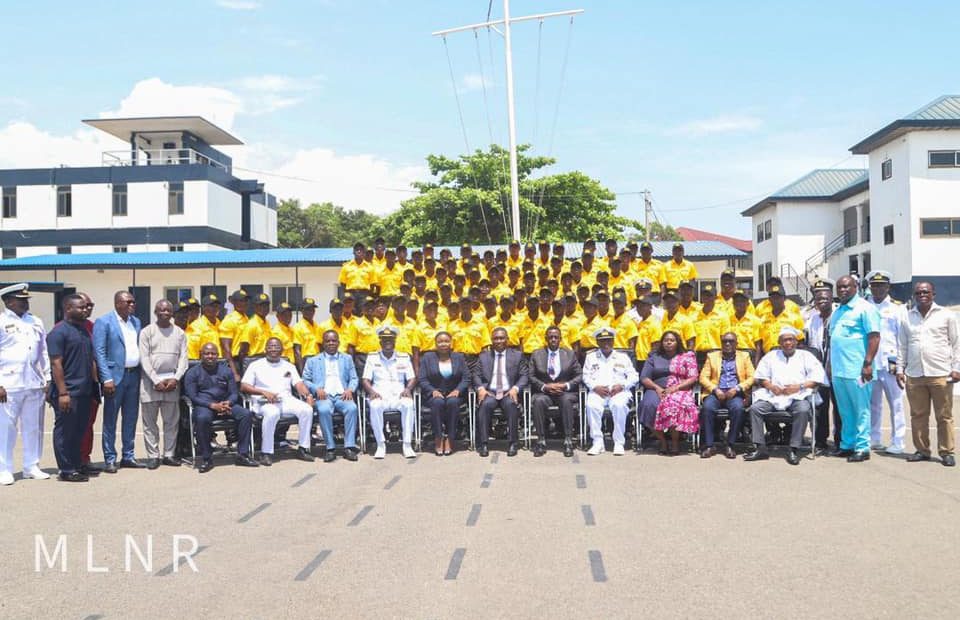 Eighty-seven recruits engaged by the Lands and Natural Resources Ministry to police all river bodies against pollution, as part of the measures against illegal mining, have passed out.

The recruits, comprising 84 males and three females, are the first batch of 300 men and women, selected from parts of the country for training and equipping to ostensibly save the country’s water bodies from further destruction.

They successfully passedout on Tuesday, October 25, at a ceremony held at the Eastern Naval Command at Tema, afterextensivefour-week training.

The graduates, who are set to be dispatched, were drawn from districts along the River Ankobra, Bonsa and sections of Pra and Tano Rivers, to man these important rivers and water bodies.

As part of their training, the contingent has, acquired among others skills in swimming, water confidence and boat handling through classroom lectures and practical demonstrations, physical training and drills over the last four weeks.

At a passing-out ceremony attended by Ministers, Metropolitan, Municipal and District Chief Executives (MMDCEs), families and friends, a Deputy Minister, George MirekuDuker, said the event further underscores government’s determination to fight illegal mining, and build a responsible, viable and sustainable mining industry that will be beneficial to the state and the investment community at large.

According to him, the idea behind the river wardens is to train and deploy them to monitor the various river bodies and report on illegal activities polluting them.

It is believed that, if these river wardens execute their task as expected, it will go a long way to help protect these water bodies.

Mr. Duker said: “The river wardens will be working closely with the Riverine Command of the Navy and Operation Halt II Contingent from time to time. The operations of the five (5) speed boats working closely with the river wardens and connected to the newly established situational room at the Minerals Commission are expected to yield the desired results.”

“Government will procure more speed boats, especially the locally manufactured ones, in the coming days, to support the activities of the river wardens. The Ministry is in the process to procure body cams for the river wardens for purposes of their operations,” the Deputy Minister said.

He explained that the pattern of galamsey activities suggests unbridled brazenness by the perpetrators not minding the consequence of their operations.

He noted. “Despite measures and interventions government is rolling out, there are still some recalcitrant Ghanaians who are bent on destroying water bodies and going about this nefarious activity, in collaboration with other nationals, to outwit the security agencies, to pollute the rivers.”

The Deputy Minister, who is responsible for Mining, said government is in the know that some of these illegal miners have opted to mine under the cover of darkness, with armed guards, a time the security agencies have reverted to their base.

To strategize, Mr.Duker said all 16 regional ministers and their security councils have been engaged to look at these issues to reverse the trend.

“The Ministry of Lands and Natural Resources, since the inception of this government, has undertaken lots of activities and deployment of mining technologies in order to fight against illegal mining, ensure responsible and sustainable mining and create value along the entire value chain.

“Since 2021, government has declared river bodies as Red Zones for mining, and suspended all reconnaissance, prospecting and/or exploration activities in forest reserves. The government has also placed a ban on the manufacture, fabrication, and/or use of the floating device, popularly known as Changfang, one of the main equipment used for the pollution of our river bodies,” he said.

Other measures,he continued, are the rolling out of Operation Halt II, to enforce these measures, with an additional mandate to demobilize and decommission all equipment used for illegal mining in Red Zones; Organization of Consultative dialogues on small-scale mining, Engagement with Council of State, Engagement of House of Chiefs, Engagement of Ghana National Association of Small-Scale Miners with REGSECs and UMaT toward building a more consensus approach on the fight against galamsey.

The Deputy Minister and Member of Parliament (MP) for the Tarkwa Nsuaem constituency in the Western Region, added that government has also procured five fully fitted, six-point-five metres (6.5m) Rigid-Hulled Inflatable (RHI) Speed Boats to be used by the security agencies and the river wardens to patrol the river bodies.

He intimated that these boats have been deployed on rivers Ankobra, Pra, Birim and the Black Volta, and will operate all day and all night, to rid these river bodies of any form of mining.

According to him, the government has also established “Situational Room” to “monitor and receive real time information on illegal mining activities from the various districts, the procurement of One-Hundred (100) Mercury-Free Gold Processing Equipment, the constitution of 85 District Community Mining where some 82,000 jobs, have been created since 2021.”

Reiterating that the fight against illegal mining is a national concern, Mr. Duker called on all Ghanaians and particularly communities along the various river bodies, who bear the brunt of these illegalities, to be vigilant and support by reporting those involved in these activities.

He explained thatgovernment is not against small scale mining,but what it is against is any form of mining that pays no regard to the environment, that is done contrary to law and the established protocols and that threatens the lives and livelihoods of millions of our citizens, promising “we will not hesitate in cracking the whip on those who engage in such illegalities.”

He said the ministry remains committed to the vision of President Akufo-Addo to make the country a mining hub of Africa, by promoting a responsible, viable, sustainable and environmentally-sound small scale mining industry, anchored on integrity, and contributes meaningfully, to the national economy.

The Deputy Minister expressed his appreciation to the Military High Command, particularly the Eastern Naval Command, for its dedication and commitment to the training of river wardens and many other initiatives. 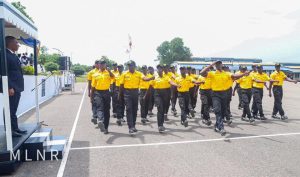 The Flag Officer Commanding the Eastern Naval Command, Commodore Emmanuel AyesuKwafo, who described the destruction of the forests, water bodies and the environment by illegal miners as a major concern, said his outfit was excited to have partnered the ministry for this initiative.

Commodore Kwafo asked the graduates to discharge their responsibilities with diligence and be good ambassadors of these water bodies for the general good of all.

He said it is a sad development that the activities of illegal miners are affecting not only Ghanaians but neighbouring countries.

According to him, the Ghana Navy and the Command see the fight against illegal mining as very important, “to help protect our interest, we are therefore committed to engaging further to train more people to help in any other areas that will bring about the quality of life, respect and dignity to the people of Ghana.

He said the Navy in future will avail itself for future collaborations with the Minerals Commission to support the river wardens in their operations.

“You must understand that water is life and so anything that destroys the country’s water bodies, destroys the life of the country. So, your call to serve the nation by saving the water bodies from illegal mining practices is therefore a divine one.

“So, you must see yourselves as the nation’s ambassadors. Use every opportunity to advocate to your communities of the need for only non-destructive mining practices and maintain the discipline you have received here. When you do this, you shall be good ambassadors of the Ministry of the Lands and Natural Resources, the Minerals Commission, the Ghana Navy and the Ghana nation as a whole,”Commodore Kwafo said.

Five recruits were also presented with ‘Special Certificates of Commendation.’

The others were Best in Physical Training, which went to John Cobbina, 40, from Tarkwa Dompim. Best in Drills was awarded to Gideon Christian Kwame, who is 22 years. 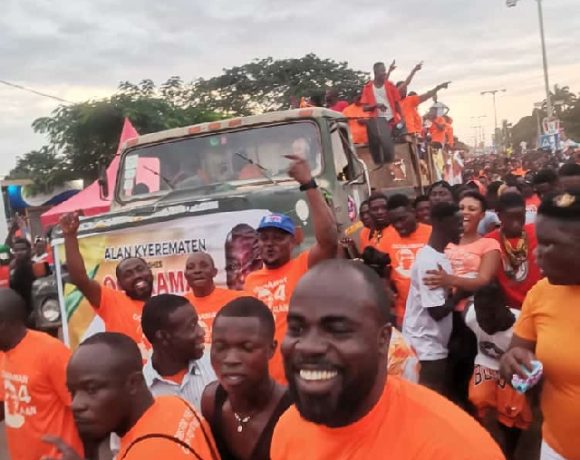 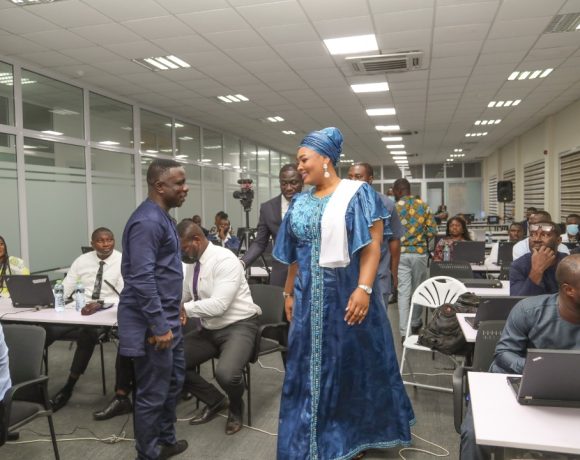 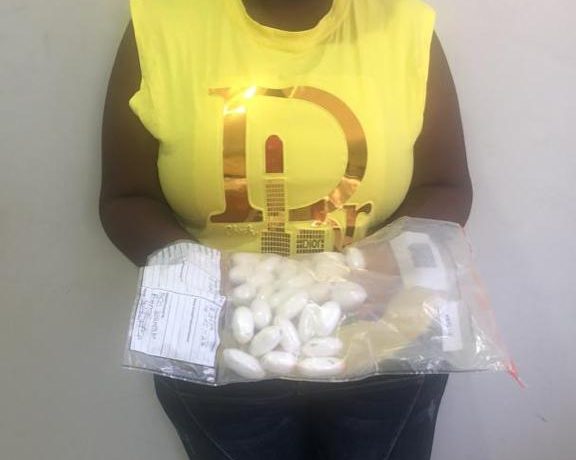