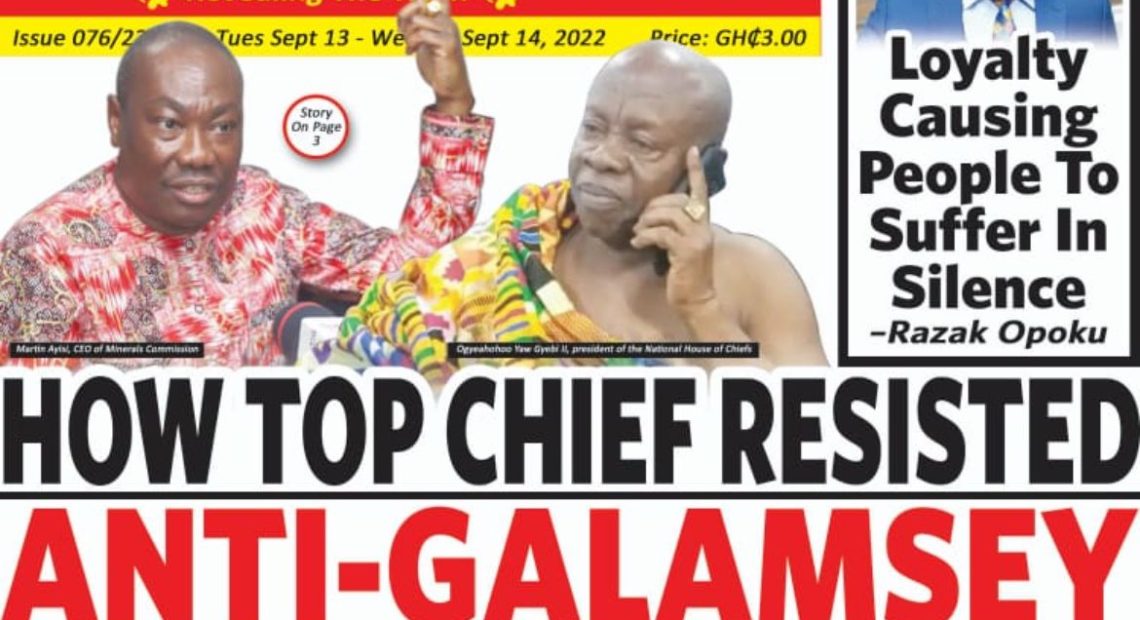 Mr. Martin Ayisi, the chief executive officer of the Minerals Commission, has dropped details of how top chief at a particular mining community had,with impunity,tried to stop a combined team of security officers and officials of the commission from stopping galamsey activities in the area.

According to Mr. Ayisi, there are very influential people, including chiefs and opinion leaders, deeply involved in the illegal-mining business, notoriously known as galamsey, thereby thwarting government efforts at nipping the menace in the bud.

Speaking on Metro TV’s Good Morning Ghana programme,monitored by The Anchor,where an hour of time has been allocated for the commission every Thursday, Mr. Ayisi said this explains why the fight against illegal mining is becoming a challenging task for successive governments.

Narrating the incident, the CEO said the issue became so heated that it has divided the town into two because there are other townsfolk who are against the use of their community as a galamsey hub.

Explaining further, he said,“There was one community somewhere recently where, of course there are good people everywhere, where they informed us that look some people want to come and do galamsey.So, the officers rushed there and said look, we have not sanctioned it, we don’t know them and the chief will hear none of that.”

The Minerals Commission CEO noted that, there are certain communities where everybody there, including these chiefs, are in the business of galamsey and so will do everything to impede the work of government in such a mining area, because stopping the illegal act, will mean that their source of livelihood is truncated.

“What worries some of us as a regulator where I sit is that, you go to a whole community and everybody is doing it. The chiefs, the communities involved,” he said.

Delving further into the issue, the CEO said they have evidence where people involved in the act were caught on tape divulging free information as to who got what to facilitate the galamsey operation.

He said even though the machines for the operation were seized, the recalcitrant miners resurfaced after the team left the scene.

Interestingly, he added, after going back to seize their machines for the second time the latest intelligence is that the individuals are back, but assured they are equal to the task and will soon storm the place for similar operation.

He went on, “I have not mentioned any name, but we have the facts and they are on tape talking about who took what, so then I realized why they are intransigent and then there were people in the community who were against it, they said we can’t do this thing, government has not allowed it.”

Mr. Ayisi told the host: “When we left, they brought the machines, we alerted the security authorities picked the machines up, took everything. I hear they are back, the intelligence I had yesterday is that they are back.”

He added: “The structures that were demolished and taken away …..that is the business that has the full support of, if you like, the chiefs or people who matter to the extent that one person was brutalized that he went to leak [information]. So when you find that kind of scenario, it is not an easy thing.”

He was however quick to add that despite the fierce resistance, there are other chiefs, who are helping their efforts and doing everything to ensure illegal mining is discouraged in their communities.

The Mineral Commission boss noted that, in such communities, the chiefs have collaborated strongly with his officials and have sent people packing for not having the necessary documents to mine.

He reiterated: “Then you also have chiefs who are wonderful, they will walk to you and say I am not going to allow that.  I told you there is a chief in the Western Region, you dare not, he has mobilized his people.”

He pointed out to the host, “So, you are seeing two categories of, if you like, traditional authorities or communities. Communities that are wholly opposed and they will support us and they will fight anybody who will come there, they will tell you once you don’t have the requisite papers and they walk to our officers in our district offices they engage the district officers.’

He went on, “In fact, when I got in here, I was told one is waiting for me, he said he wants to see the Oga himself and go through the documents and see if they are legit; if it’s okay he will allow it.

Mr. Ayisi said, “Those ones, we are okay, those ones we don’t have any problem, but where you have the kind of scenario I described where chiefs, some community leaders and opinion leaders.”

He explained that in these mining areas where poverty is endemic, people are easily swayed by a little amount of money to discard their lands or do the illegal mining themselves because what they are likely to gain is much better than being a cocoa farmer.

He said that is what is making their work a bit challenging because their lives depend on it and the moment the authorities come in, they are resisted.

Mr. Ayisi continued, “The thing involves money, it is thousands, if not millions of dollars. So you sit in there a whole chief or an opinion leader, maybe the whole year, he has not seen five thousand Ghana Cedis then they come giving them maybe hundred thousand Ghana, 20 thousand Ghana or even a cocoa farmer, who is being given they call it goodwill, it is like what you harvest in 10 years you can understand what poverty or money can do to people.”

He further said, “So sometimes, if you don’t understand some of these little little things, you think that it is just easy to go in. You go there are communities all over the place everybody is involved, lives revolve around it and people get angry.”

The CEO, who hasbeen with the commission for over 20 years,and described the re-arrest of the Chinese illegal mining kingpin, Aisha Haung, as “very sad,” said, in some areas locals have gone to the extent of having children with these Chinese who are collaborating with some Ghanaians to mine illegally.

He explained that, by this, the Ghanaians serve as informants and so feed them with information the moment officials make attempt to arrest them.

He said, “They have rented the place to the Chinese, they live with them, even now they are having children with them, so in such a community like that, you go there they just laugh.”

Mr. Ayisi further narrated, “They give them tip-off, they have come, you go, and the operation takes all the machines, you move them out, after a week or two, they come back again, so we have to be getting constant intelligence and constant reports.”

“So, this area like this, the security will go there again, we have alerted them, they will go and clear the place, that is how bad the situation has become in some communities, it’s like we have embraced it, this is our own life to hell with you,” the Mineral Commission boss said. 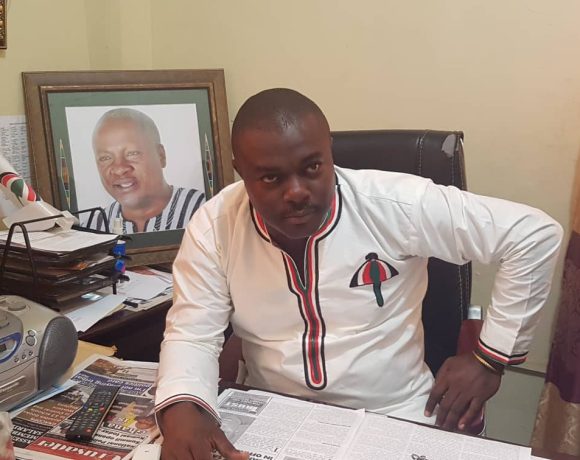 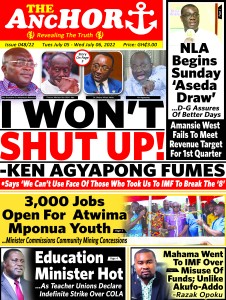 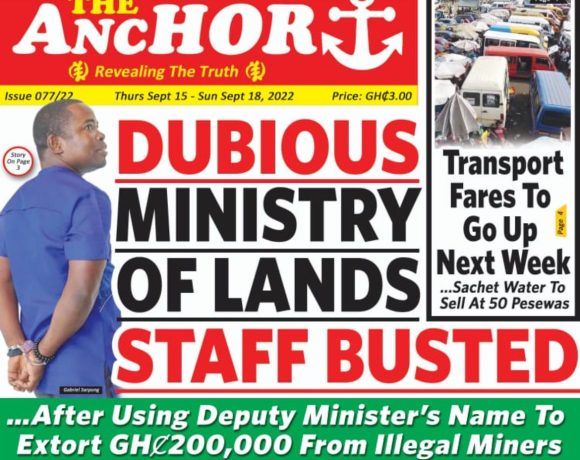